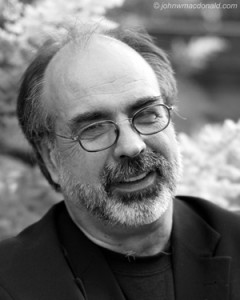 Monty Reid: I don’t do it systematically until I think something is ready to publish. Then I’ll go through the ms in detail. I once completely rewrote a ms as haiku, because I wanted a more precise, more nuanced line. I then rewrote again, losing the haiku form (mostly) but keeping the brevity. At this stage, it may or may not be a productive process – sometimes I’ve revised things only to go back to the earlier version. Most systematic of all, is when I go through it with an editor/publisher – the external eye can be very helpful.

I don’t have any tricks or theories. Usually, I’m trying to improve the clarity, but sometimes I’m also looking for more resonance. Ideally, those work together, but not always.

Monty Reid: It’s sometimes true. You can find wonderful new poems, approaches, ideas, as you revise existing work. And you can certainly improve the work in question. But nothing about writing and/or revising is so definitive – revision isn’t always inspiring. Revision is division.

Do you feel any difference or make any distinction between editing a single poem all by its lonesome and editing a series of poems for a collection?

Monty Reid: For sure. A single poem may not be simpler, but you don’t have to worry about where it fits in the sequence, how it influences its context, how it moves the sequence along. I’ve dropped poems because they did the same work as other poems elsewhere in the collection. In part, it’s just an issue of scale, and at some point, scale matters. A single poem can have an equally complex web of relations, but a series has more of them, or at least repeats them more often.

Any pet peeves when it comes to editing your own work or someone else’s?

Monty Reid: Those are two different things. Editing your own work is way more painful.

Monty Reid: Here’s the opening lines of a poem from a current ms – Host – as they were first written a couple of years ago:

Filarial worms, which need to pass from humans to mosquitos to complete their life cycle, can sense the time of day.
After dark they shuttle from your deepest capillaries up to the edge of the skin, hoping to depart.
If a mosquito bite does not find them by two in the morning
They return to the warm core of the host

After dark, the worms move.

They rise to the edge
Of the host, to the bottom of the skin
And wait for another life.

If a mosquito does not find them by two in the morning
They return through the hospitable tissue
To the deeper ooze of the subject.

The ms is about how the self is constructed, often by natural and sometimes cultural agencies beyond our control, so the change was for the sake of clarity and for the pacing.