Ken Norris was born in New York City in 1951. He immigrated to Canada in the early 1970s and quickly became one of Montreal’s infamous Véhicule Poets. One of Canada’s most prolific poets, Norris has always given his readers subtly capricious and edgy poetry that reveals unanticipated possibilities and explores new horizons. He is the author of two dozen books and chapbooks of poetry, and is the editor of eight anthologies of poetry and poetics. His work has been widely anthologized in Canada and throughout the English-speaking world, as well as published in translation in France, Belgium, Israel and China. 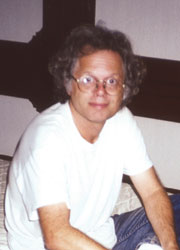 How do you work your way through revisions?

Ken Norris: I work on poems a book at a time. I type up a complete manuscript in order to see what I’ve got. I consult with my editor. Poems are addressed as pieces of a whole. Weak poems get disappeared. Off-balance poems get realigned. Difficult poems get laid aside for the eleventh hour. But I work on a book, with poems as parts that make up the whole.

So the first thing is arriving at the vision of the book. That’s the first revision. Because what I’m starting out with is maybe twelve notebooks composed over a period of four years. As I’m typing it up I’m rejecting 50-60% of what I’ve got.

Once the manuscript gets approximated, then it is time to start working on refining the individual poems. The key ingredient is cold-bloodedness. The poet needs to be a good editor of his/her own work. Poems that simply don’t work get the heave-ho. My editor drives the line edits. Often an editor sees what you don’t, or understands the poem better than the person who wrote it.

Do you have any tricks or theories to removing commas, words or lines?

Ken Norris: Back in 1983 I was blessed to have bpNichol as my editor for The Better Part Of Heaven, which was published by Coach House Press in 1984.

Working with bp was a mind-blowing experience. I thought I knew how to write until we sat down and started working on the manuscript. We worked on it for 12-16 hours a day over the course of a week.

Barrie had the extraordinary ability to show you the six or ten different ways you could have written your poem if you hadn’t written it the way you had. And he would do that in five or ten minutes.

His imagination was so vast, his skill level so accomplished, that he would help you to completely reimagine what you had written multiple ways, so that it suddenly dawned on you that you had infinite choices, abundant options, as opposed to the one way you thought the poem inevitably needed to be written.

He taught me how to write in a week. I was one writer at the beginning of the week and a completely different writer by the time we had finished editing the book.

He taught me a thousand different tricks for removing commas, words, or lines. But I don’t remember what they are. I just do them. The important thing was getting down deep into the text knowing that you had a vast array of options.

Any special chairs or states of mind you like to work from?

Ken Norris: For the past fifteen years I have edited all my books on my Apple computer in my office at the University of Maine. I have never thought about the chair, but it is the same chair.

State of mind is really important. Absolute concentration. A very clear mind, undisturbed by anything. Silence.

I can usually stay “in the zone” for a maximum of two hours. And then that is usually it. Occasionally, I try to pull a double shift. Two hours, a substantial break, another two hours. It usually doesn’t work, and I give up on the second shift after fifteen minutes of feeling out of it.

Robert Lowell wrote that “Revision is inspiration.” To what extent do you think that’s true? How would you rewrite Lowell: “Revision is ____________”

So I experience a real split between the poet who wrote the book and the later incarnation editor who has to prepare the work for publication.

The person who wrote the book saw things one way, or had NO IDEA what he was seeing–he was just trying to describe it. The editor has to make sense of out his semi-incoherent thoughts and observations.

So I guess I fundamentally disagree with Lowell. As editor of my own work I feel more like a skilled technician. The inspiration needed to come at an earlier stage. The editor CAN BE somewhat inventive.

Do you feel any difference or make any distinction between editing a single poem all by its lonesome and editing a series of poems for a collection?

Ken Norris: When editing a “book” of poetry, the poems all have something to do with one another. They all need to work together. They are all interrelated. So echoes can be interesting, sometimes necessary.

A single, free-standing poem only relates to itself. It doesn’t have to go outside its parameters or its own internal integrity.